ClearlyDerm / Acne  / Is This Pill the Next Big Thing for Women With Adult Acne? Is This Pill the Next Big Thing for Women With Adult Acne?

by ClearlyDerm
Acne, The Derm Digest

As anyone who’s struggled with their complexion probably knows, there are hundreds of creams, pills, and diets available in drugstores that promise to relieve acne.

But among them, a single drug has recently emerged as one of the most effective acne treatments for adult women on the market — despite having been developed decades ago. Its name? Spironolactone.

Read on to find out if the “next big thing” for women with acne will work wonders on your skin.

Spironolactone was first developed in 1957, and was originally intended to be used as a blood pressure medication. The drug works by blocking the production of certain male hormones (androgens) that are known to cause hypertension in both women and men, but that just so happen to also cause acne in women.

To put it simply, the drug dulls the skin’s sensitivity to testosterone, thereby decreasing the prevalence of acne that develops on a woman’s jaw line. Because the drug also inhibits some of the other effects of androgen, such as body hair growth and sebum production, it is seldom prescribed to men.

Due to its long history, there is a wealth of longitudinal data available that confirms spironolactoneis safe to use and can be effectively deployed in the treatment of aggressive cases of acne.

The drug is often used after other, more mild medications and therapies have been tried, but it may sometimes be prescribed as the sole treatment for sufferers of hormonal acne. It’s important to note that the drug may take some time to yield results and will not clear up acne immediately.

The use of spironolactone may be accompanied by a few minor side effects. Because the drug functions similarly to many birth control pills, these symptoms — including breast tenderness, irregular periods, and thinning of body hair — are also associated with oral contraceptive use. The drug is also a diuretic, meaning that it could potentially cause frequent urination, so patients using it should take special care to remain hydrated.

If you’re interested in beginning a course of spironolactone, you should consult a dermatologist. The drug is designed specifically to fight hormonal acne in women, so ask your dermatologist what the source of your acne is and whether spironolactone is right for you. 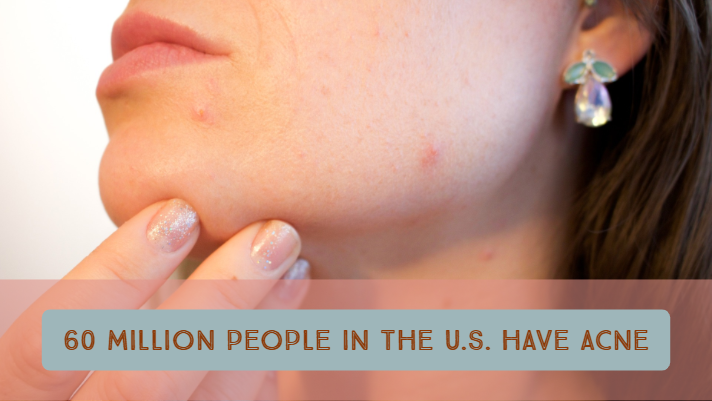